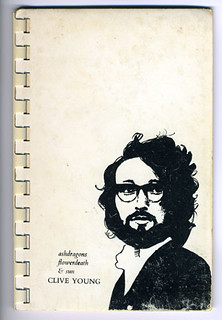 Clive Young died on 18 October 2014 and his funeral took place at Christ Church, South Nutfield. Bob Hamblett gave me a lift there and there was a good turn out of ex-Arts Lab folk, including Graham Clarke (who read the tributes), Cherry Simpson, Dave Ambrose and Miranda, Mike Coote, Ba Phipps, Dion and Judy, Alina, John Degenhardt, Pete the Meat and many others. The funeral opened with John Fahey's 'When the spring time comes again' and ended with Pink Floyd's 'Shine on you crazy diamond.' There are some photos on Flickr. The committal took place in Stoke Cemetery in Guildford.

Autumn somehow seems like the right time to leave this life, and Clive loved it – both autumn and life.

I knew Clive for 47 years as a fellow writer, flat-sharer, all-night conversationalist, co-worker, co-layabout, drinking buddy, trusted confidante, inspiration and exasperation: in short, all-round best mate. He had a wicked sense of humour, a razor-sharp intellect and, behind a sometimes austere façade, a genuinely compassionate nature. His patience when regaled by some of life’s more trying eccentrics (and the King’s Head had plenty of them!) was exemplary.

As for many of our generation, the 60s went by in a blur of partying, playing and penury, of late-night music sessions, counter-cultural debate, poetry readings, hitch-hikes, riverside meanderings. Summers of daydreams; winters, perhaps, of regret.

Through it all, Clive was always there, whether as co-conspirator, harshest critic or moral support. Without his efforts, Guildford Arts Lab would probably have been still-born and the 50th anniversary party we’re planning for next summer would be meaningless. Sadly, now, the celebrations will be deprived of a star.

Through the 70s and onwards, alcohol took its insidious toll on Clive, but - a hero to the last - he astonished everyone by rising up and defeating this curse. It is a not inconsiderable consolation to reflect that the last six or seven years of his life were, without any doubt, the happiest - his battles behind him and the demons done. I know nobody more deserving of the peace that is now his. 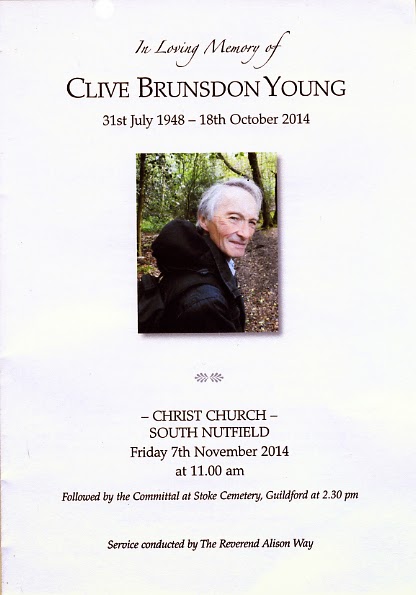 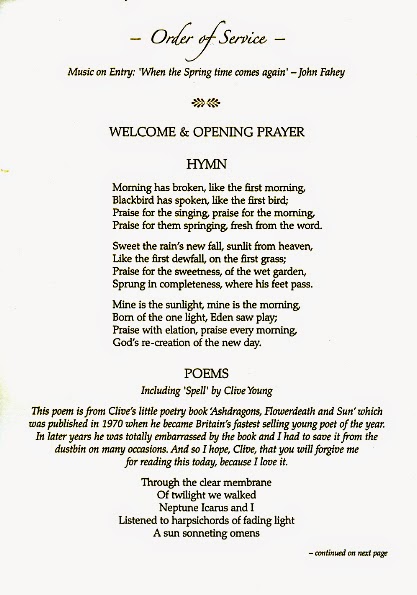 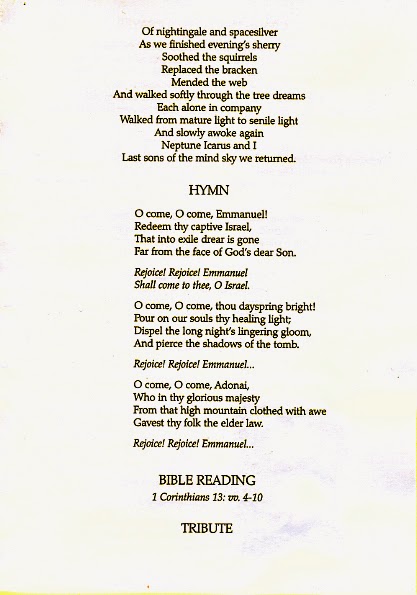 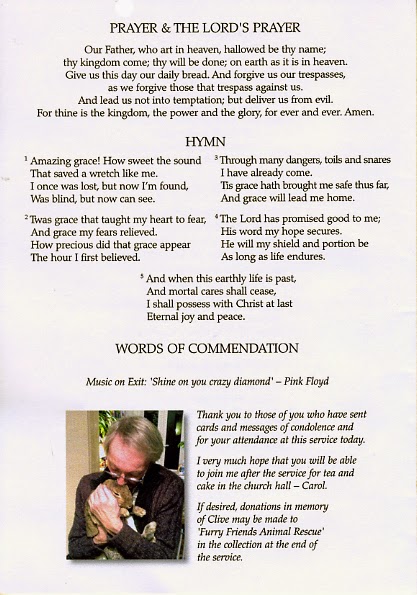